The Center for Cybercrime and Cybersecurity (CCC) at the Department of Law at Aalborg University, was founded in 2014.
The mission of CCC is to initiate and undertake research and organizing conferences etc. concerning all aspects of international economic crime and cybercrime.
The purpose is to enhance knowledge about these phenomena as well as to identify and improve means to combat them, while at the same time focusing on the fine line between law enforcement, including surveillance of citizens, and the citizens’ fundamental right to privacy and protection of personal data.
CCC cooperates with relevant authorities as well as private entities in order to make sure that the research is timely, relevant and useful. Although the main focus is on the law, CCC seeks out interdisciplinary collaborations and aim to invite experts from other scientific areas to participate in conferences and projects etc.

On April 7, 2016, Research Assistant Lene Wacher Lentz will participate in a Co-creation project, launched by Copenhagen Police and the National Danish Police.

Cyber crimes increase in Denmark. The Co-creation project puts together different key players – private companies, business organizations, public authorities etc. – with the purpose to obtain a common understanding and to find solutions to the challenges of cyber crime.

Lene Wacher Lentz is the new Research Assistant at IECC

Since 2006, Lene has been a prosecutor with the Public Prosecutor and in recent years with North Jutland Police in Aalborg. She has specialized in criminal cases concerning economic crime and cybercrime. From the beginning of 2014, Lene has been employed with the Department of Law at Aalborg University as external lecturer responsible for the two courses, Criminal Procedure and Police Law. Furthermore, Lene is attached to the Master of Social Science in Criminology, Aalborg University, where she lectures on basic criminal law.

From 1st of December 2015 to 30th of June 2016, Lene is employed as Research Assistant at IECC. The focus of her research will be the Danish Penal Code concerning fraud by unauthorized use of credit cards. Especially Lene will look into the legal conditions for police investigation in such matters.

Lene is on leave from the prosecution.

Although the hacking provision in the Danish criminal code dates back to 1985 – almost as far as the U.S. federal hacking statute – the scope of the provision, which prohibits “unauthorized access” to information and programs belonging to others, has gone largely untested in practice – unlike the U.S. statute. The terms “unauthorized” and “access” have enormous potential breadth and have gone largely undefined by the legislature, leaving the courts with a high degree of discretion with respect to determining the scope of criminalization. How that substantial discretion is exercised may trigger vagueness problems (under article 7 ECHR in the case of Denmark, and under the void-for-vagueness doctrine (due process) in the U.S.). U.S. courts have seen numerous cases involving “unauthorized access”, particularly since the federal hacking statute was amended to include a civil remedy in 1994 and as a result of the subsequent amendment in 1996 that expanded the scope of computers covered by the statute to include essentially all computers connected to the internet. Thus, the vast experience of U.S. courts with interpreting and construing hacking statutes (their apparent successes, as well as perceived failures), might be beneficial as an inspiration to other countries that are just now embarking upon applying “unauthorized access” statutes to a highly diverse and interconnected IT society, or those that have already started developing the scope but are experiencing problems with applying the statute consistently.

Two interrelated research projects will be initiated as of August 2015: The first project focuses on criminal law, investigation and enforcement in cyberspace, and will explore and analyze the legal implications of crime in cyberspace and how such crime challenge the existing criminal regulation, e.g. with regard to jurisdiction and investigative measures.

The second project deals with the fact that the struggle to combat cybercrime is leading to an increased level of surveillance of the citizens on the Internet and other communications network, e.g. via logging of communications data and extended authority for the intelligence services to monitor and register information about the citizens. The research question is how this increased level of surveillance can be balanced with the citizens’ fundamental right to privacy and protection of personal data.

A third project about tax havens will be initiated later in 2015. The project will mainly focus on the tax shelter issues where money is concealed from governments and tax authorities. Considerable legal uncertainty exists with regard to many aspects of tax haven, e.g. the very concept and definition of the phenomena and the jurisdictional and procedural possibilities to combat illegal tax haven arrangements.

A fourth project of three years running from January 2017 until December 2019 consists on a Working Package 4 (WP4) on Climate Change, Environmental Threats and Cyber Security in European High Nord (EHN) leaded by Associate Professor Sandra Cassotta. The project is hosted and administrated by the Institute for Security and Development Policy (ISDP) based in Stockholm to which Sandra is attached as expert research fellow. The central research questions of this WP are to identify the relationship between climate change and cybersecurity in the EHN, to identify, control and regulate environmental threats linked to cyber security and to understand what are the current cyber threats (and the motivations behind them) to critical infrastructures in the energy industry in the EHN. This Working Package is part of a collective multidisciplinary project founded by NordForsk entitled “Enablement besides Constraints: Human Security and a Cyber Multi-disciplinary framework in the European High North (ECoHuCy). For more information on this project, click the link on the Arctic Centre. Sandra is not a permanent member of the research cyber Centre, but is working with research areas (environmental/climate law) which have links to cybersecurity.

Participants from The Department of Law at Aalborg University 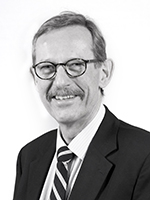 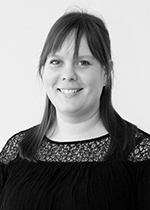