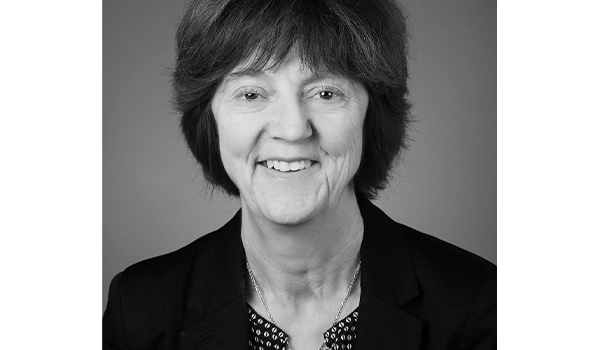 Kirsten Sandberg, Professor, JD at the University of Oslo, has been awarded an honorary doctorate at the Faculty of Social Sciences. The award will be presented at an online ceremony on 15 April.

An internationally high-profile researcher on children's rights has been awarded an honorary doctorate at the Faculty of Social Sciences, Aalborg University. Kirsten Sandberg is Professor of Law in the Department of Public and International Law at the Faculty of Law, University of Oslo. She earned her higher doctorate in 2003 with a dissertation on “The question of returning children after foster placement”.

Prior to her academic career, Kirsten Sandberg was an official at the Royal Norwegian Ministry of Justice and a judge on a Norwegian court. Alongside her scientific career, she has held administrative positions in the scientific environment, including Pro-dean for Education at the Faculty of Law, University of Oslo.

Professor Kirsten Sandberg JD is recognized both at home and abroad for her voluminous scientific production in Norwegian, Danish and international journals and books. Her legal specialty is children's rights across a broad spectrum that includes children's rights in specific cases, rights related to asylum, rights between children and parents in the context of education etc. In addition, she has worked on issues in administrative law and women's law.

According to the organisation Children's Rights, Danish and international research shows that in order to elucidate a case and increase the chances of creating successful measures, it is crucial that the child is heard and involved. Children will more often support decisions when they feel that they have had an influence on the process. This speaks to the importance of research on children's rights; a failure to involve the child has major consequences at the administrative, individual and democratic levels.

"Children's rights are an incredibly important topic, and we are therefore very proud that Kirsten Sandberg will accept this award of an honorary doctorate," says Pro-dean for Education Malene Gram, Faculty of Social Sciences, Aalborg University.

SETTING THE DIRECTION FOR RESEARCH ON CHILDREN

On 1 January 2019, Kirsten Sandberg became an Obel guest professor in the Department of Law where she has helped set the agenda for the department’s cross-cutting research on human rights. The collaboration will be expanded in the coming years, particularly in light of the UN's sustainable development goals and the legal research in that context. A very promising partnership has already been consolidated despite a period marked by Covid-19. Kirsten Sandberg has been an inspiration and contributed to the Department of Law's anthology on 'Childrens Rights', and she serves as a mentor to Assistant Professor Anne Mørk, who is a member of the Faculty of Social Sciences talent programme. The latest initiative is an article on the forced adoption of children in conjunction with three researchers from the department’s Social Law Research Centre.
Expectations are thus high for the collaboration with Kirsten Sandberg in her dual role as Obel visiting professor and honorary doctorate recipient.

Professor Kirsten Sandberg has held a number of important posts, including international posts such as Chair of the UN Committee on the Rights of the Child from 2013 to 2015. She was also a highly valued partner for several years at the Department of Law’s Social Law Research Center and the Center for Family Law, Practices and Policies.
Kirsten Sandberg also received the UNICEF AWARD 2018 and Norway’s H.M. The King’s Gold Medal. She was also awarded an honorary doctorate by Lund University.